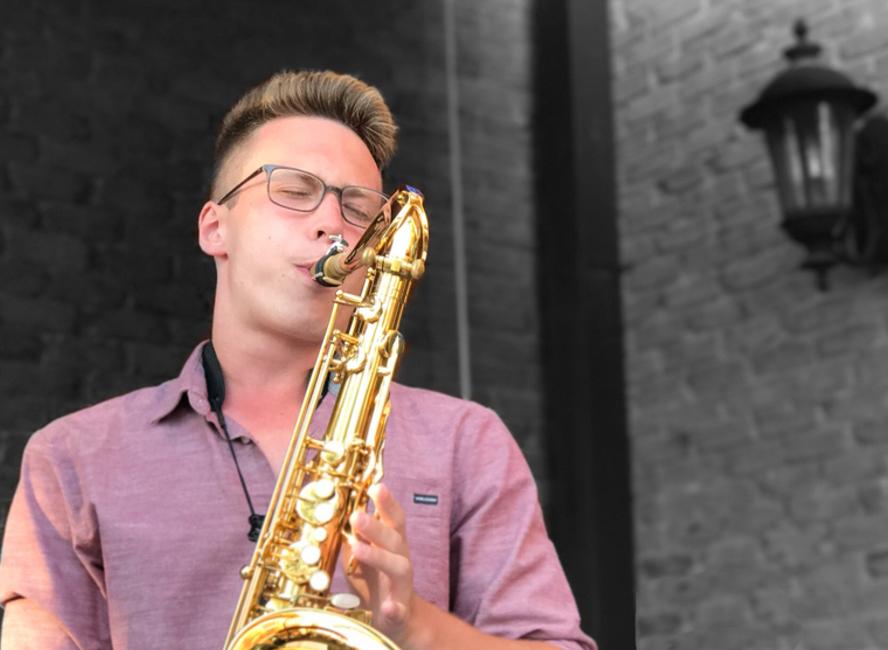 Hi, I'm Alec Zeff. I'm a saxophonist based in Dallas/Fort Worth. I have performed with the All-National Honor Jazz Ensemble (selected as 1 of 2 tenor saxophonists nationwide), the Vermont All-State Jazz Ensemble, and with some great bands. I play in all genres, from jazz to blues, funk to rock and classical.
​
Contact me at (802)734-9244 or Alec@AlecZeff.com

​​​​I have performed with these gifted

​Grundlefunk: Original songs painted with funk and jazz hues, best described as a cross between Herbie Hancock and Tower of Power. My gigs included playing tenor sax at the 2017 Vermont Brewers Festival and other events.

The Real Deal: This extraordinary  group debuted at Burlington  Vermont's Discover Jazz Festival in 2007. Since then, they have become a leading Soul and Funk band in Vermont.